“Son, I think it’s time you started working. I’ll bring you into the office with me tomorrow morning”. And so began my career in architecture in the summer of 1988 at the age of 8. My job description back then was a little less glamorous than it is now: emptying bins, filing, archiving, cataloguing journals, holding the ‘dumb end’ of a measuring tape, folding drawings, photocopying, and mastering the ammonia printer (while trying not to get high from the fumes!). The wage was £1 a day, which was a princely sum back then, enough to buy a Commando comic book and a Kinder Egg, and still have change. The upside of the job was that I became the office sidekick and got to attend all site meetings/visits. That summer the practice was involved in two new church projects: Omeath Church, Co. Louth and Mornington Church, Co. Meath. Both were very large & important projects for the practice at the time. On my very first week at work, we had a site meeting on the Thursday which I attended. The parish priest for Mornington, Fr. Dillon, gave me a gift of £1, so as I had reached my weekly target of £5 I took the Friday off. 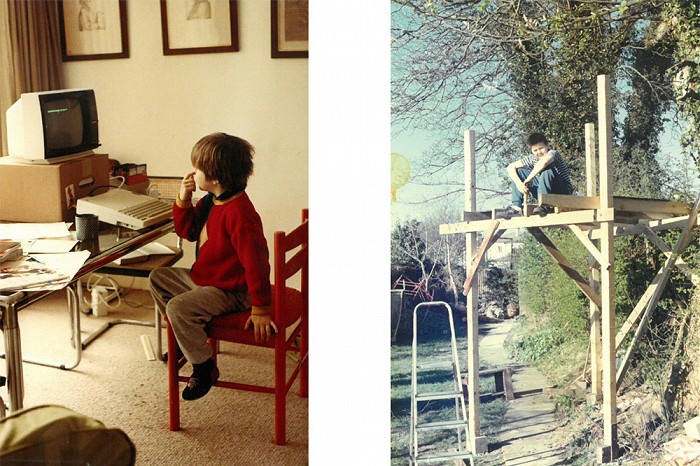 The family home was located beside the practice so I grew up with the office & work being part of the everyday. I had a summer job in the office almost every year from 1988 up to when I started in college in 1998 (much to my mother’s delight, keeping me from under her feet). I graduated from menial tasks, and was fortunate to learn how to draft in ink prior to the arrival & introduction of modern software. Although still young I was fortunate to have witnessed and experienced a lot of the real life side of being an architect. Watching my dad, I saw the long hours that he had to put in, the stress that very often went with the job, and the extracurricular effort that he had to make for the sake of the office.

My primary schooling was around the corner, first in St. Patrick’s NS on Bothar Brugha, followed by St. Joseph’s CBS up the hill at Sundays gate. The daily walk to and from St. Patrick’s was perilous, around Mother Hughe’s pub, crossing Windmill road and then passing through the “Magic Door” (a gap between a tree and telegraph pole across from Ascal Brugha!) 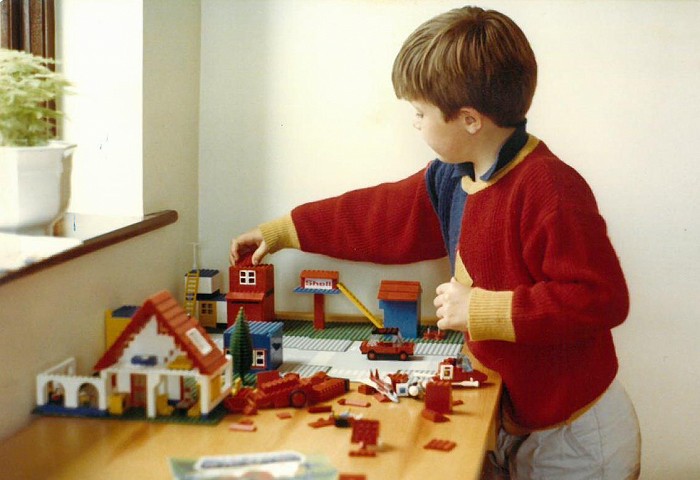 I was sent away to boarding school (all of 15 minutes up the road) to Gormanston. Six formative years with the Franciscans who had an ethos of a balanced education; ‘mens sana in corpore sano’, promoting academic studies balanced with sport, friendship, and an appreciation of the different facets of life and the world. A very positive experience and influence in my life.

I studied Architecture in DIT Bolton Street (now TUD) which I enjoyed immensely, making lifelong friends and enjoying many an adventure. It was a long road so by the time I reached the end of my thesis year after 6 years I felt like I had ‘served my time’ so was glad to be finished and out in the world.  Although surrounded by Student Architects I should also note my UCD engineer friends (“The Heavies”) and the impact they had on my journey through my studies, always helping keep my feet on the ground……even if it was in the student bar

Throughout my college years I had some interesting summer jobs, working in Ireland, Austria, and the USA. Summer 1999, after 1st year, was spent working in a DOKA scaffolding & formwork factory in northern Austria in a small town called Amstetten (subsequently made infamous by Josef Fritzl). I worked as a galvaniser - three months working with hot dip baths in a windowless warehouse doesn’t do much for the soul, but my knowledge of all components used in scaffolding & shuttering formwork is second to none! DOKA are one of the world leaders in their field and when I see their materials on a site it always brings a smile. Summer 2000, after 2nd year, I spent working in New York USA for a company called ‘Atlantic Heyt’ based in Maspeth, Queens. They were Irish-owned sub-contractors who specialised in constructing elevators (for personnel & materials), ‘sidewalk bridges’, hoarding, and scaffolding. The job was a fantastic introduction to projects of a scale that I had never been involved in before or since. At the time the job brought me to the top of the then tallest construction site in New York……. Trump Tower. Luckily I didn’t meet the client! The summer before my thesis year (summer 2003) I spent working as a labourer on a local building site on the corner of the main street in Drogheda, where the former Eagleton shoe shop was located. 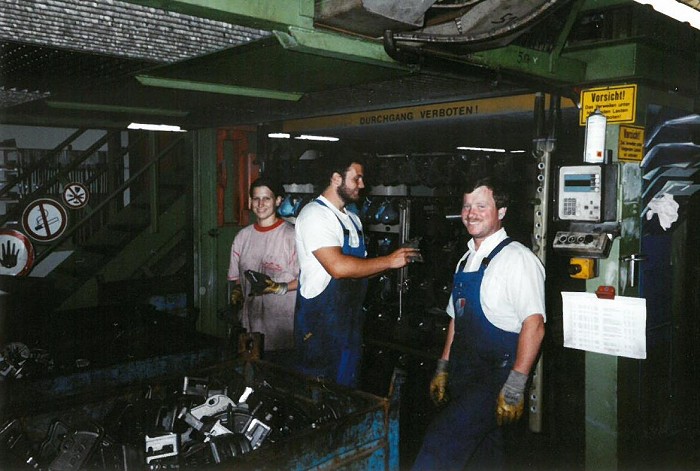 I joined the office in a professional capacity in 2004, and initially did a two year stint as a junior architect. I primarily worked on projects for the Headfort Arms Hotel in Kells and the award-winning Highlanes Gallery in Drogheda, under the watchful and wise eye of Jim MacArdle

I took a year out travel the world. I set off for South America, Australia, and Africa. It was a trip that was peppered with architecture and architectural experiences - the most memorable of all was taking on to construct a “swimming pool” in Peru. Through friends I was introduced to an Irish charity called ‘Careaid’ and by accident ended up exposed to the development of a maternity ward in a parish clinic in Lusaka, Zambia. The workings of the Zambian construction industry were an eye-opener. If everything could be done tomorrow instead of today it would be. If I learned anything from Zambia, it’s how not to do things!

My second and current stint in the office began in 2007. In over a decade I have been fortunate to work on a very wide spectrum of project types ranging from small scale domestic extensions-renovations up to large scale multi-million euro commercial and residential developments. These years have afforded the opportunity to be involved with and execute some high quality architectural design. In late 2007, very shortly after my return from my year out travelling my dad was taken seriously ill. This coincided with the onset of the recession. Taking over the reins of the office so suddenly at such a time was certainly a baptism of fire. 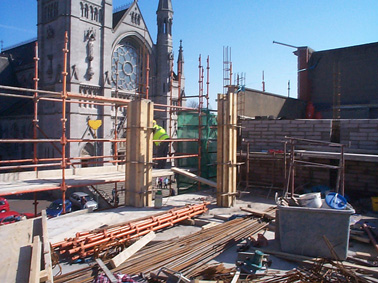 McKevitt King Architects is the longest established architectural practice in Drogheda and enjoys a great reputation. This is a result of the hard work and dedication of the whole team. I am blessed to work with a group of competent and caring people who create a great atmosphere and sense of family within the office. Sometimes work isn’t easy and doesn’t go to plan but with the experience and support within the practice we battle on! The practice is here nearly fifty years, but a recent change has seen Adrian King become a director bringing a breath of fresh air and strengthening the business

Travel is still a big part of my life, and apart from family holidays, an annual highlight is a reunion with a small group of 6 of my “architect” friends who mostly graduated from DIT in 2004. The reunion takes place annually in November/December in a select European city of architectural interest, and started in winter 2004. It has the moniker of ‘The Gentlemen’s Christmas Weekend’ but it serves as a good old fashioned catch-up where information is exchanged and debated over many a coffee. The event is now in its 17th year. The group typifies the generation of young architects who were hit hard by the downturn a decade ago with the 7 of us spread between Ireland, the UK, Hungary, Germany, and Spain. 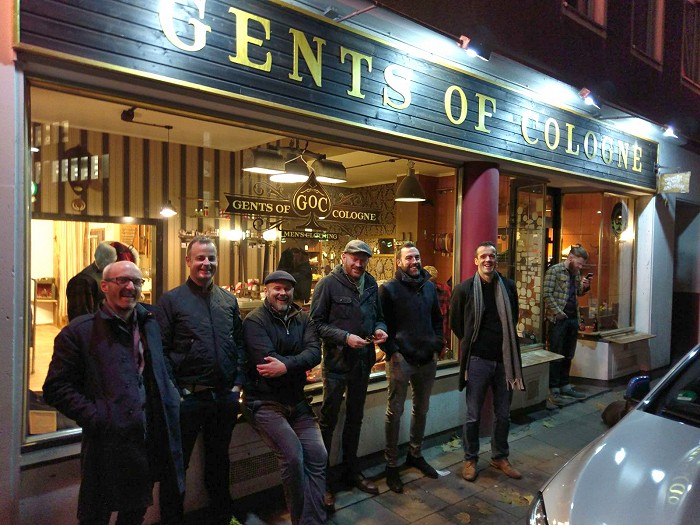 Born and raised in Drogheda, Co. Louth I am proud of where I am from. Community is important to both me and the practice. I’ve been fortunate to have been involved with many local organisations; SVP, BNI, Highlanes Gallery board of management, Boyne RFC Executive Committee, and currently the St. Mary’s Diocesan School board of management. Drogheda has given a lot to me and my family.

Since I was a small child, I have always been heavily involved in sport. I’ve been fortunate to have enjoyed many sports over my life: swimming, water polo, tennis, athletics, Gaelic football, hurling, and rugby. In my adult life my focus was on rugby, originally playing underage with Drogheda RFC, followed by Wanderers FC, then returning to my home club of Boyne RFC. I enjoyed wonderful times with Boyne winning the Towns Cup, Leinster League, and playing in the AIL. My latest foray into the sporting world has been coastal rowing, recently joining Inver Colpa Rowing Club in Drogheda. There’s nowhere nicer than cruising up the middle of the Boyne estuary with the seagulls overhead on a sunny day. 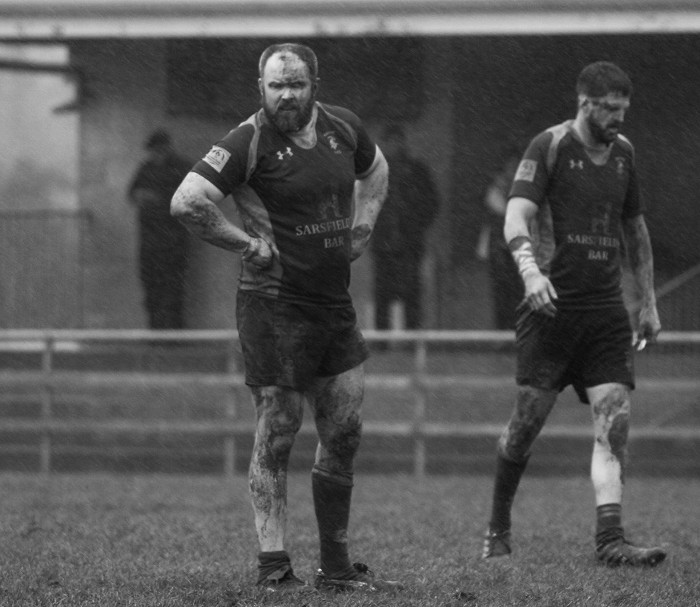 Along the way I met and married my wonderful wife Una, and we now have three great girls: Julia, Elizabeth & Trixie. Una is a religion teacher in St. Oliver’s Community College in Drogheda. Although she is a Dundalk woman, I don’t hold that against her. Julia goes to school in Sandpit under the watchful eye of Mrs Griffin, and Elizabeth goes to crèche in Just Kids on Bother Brugha with Trixie due to join her this summer. Una and the girls (in their own special way) have been a great support to me in my work. These current times of the Covid-19 crisis have been challenging, but we have grown “closer” as a family and it has given time for reflection on what’s most important in life.

They say old architects never retire. I look forward to a long, successful and happy life as an architect, colleague, father, husband and friend. 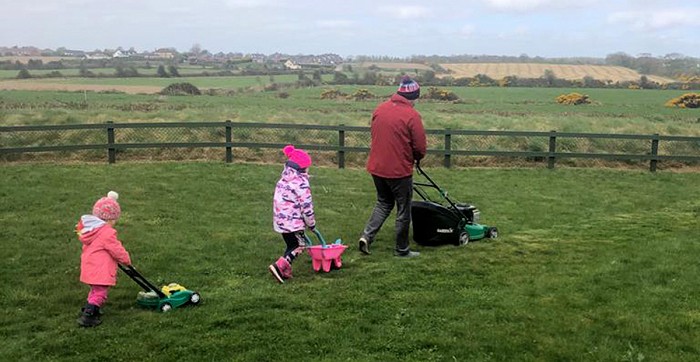 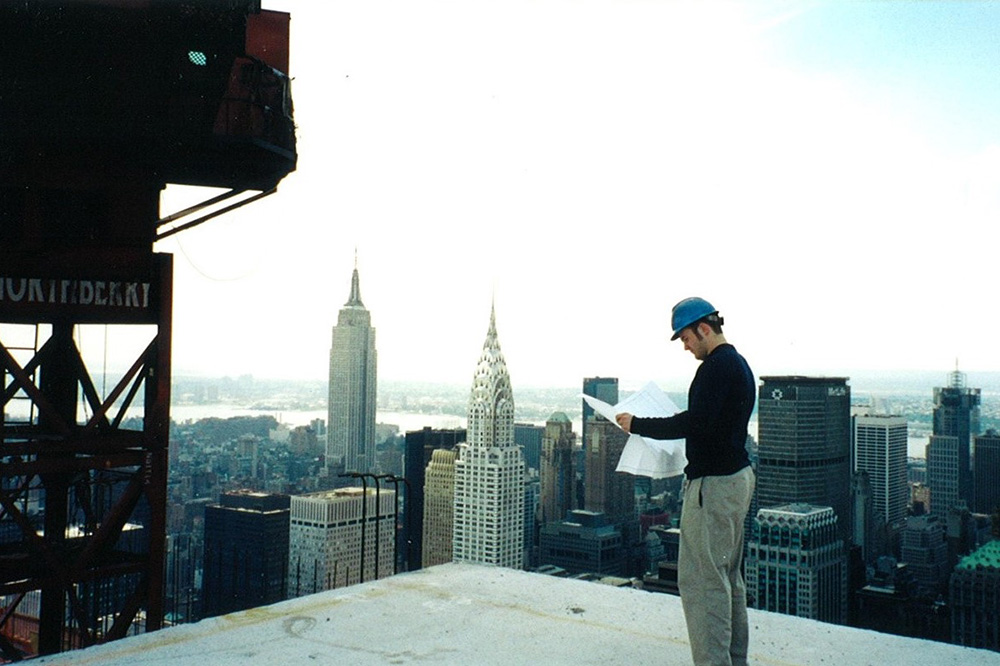 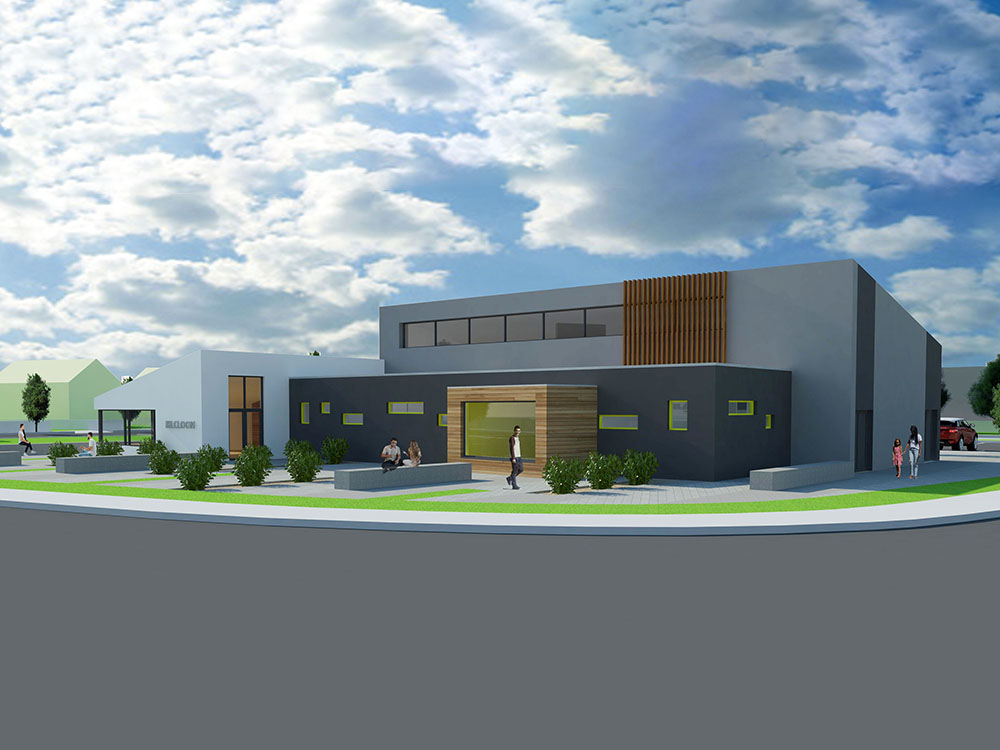 Cara Jordan joins the team for the summer 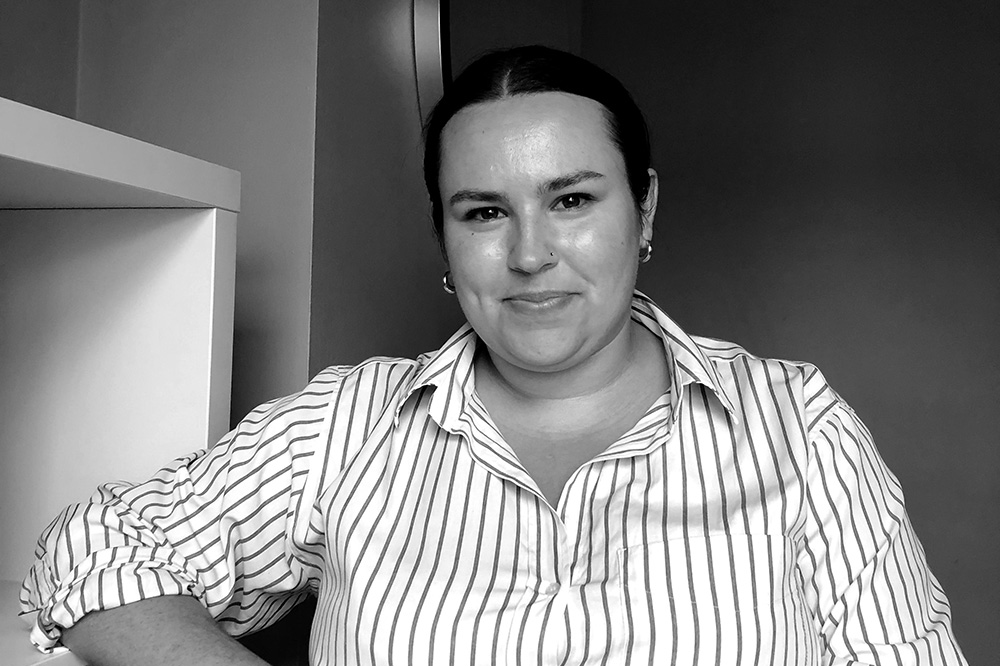 How 3D models are used in the office ​ 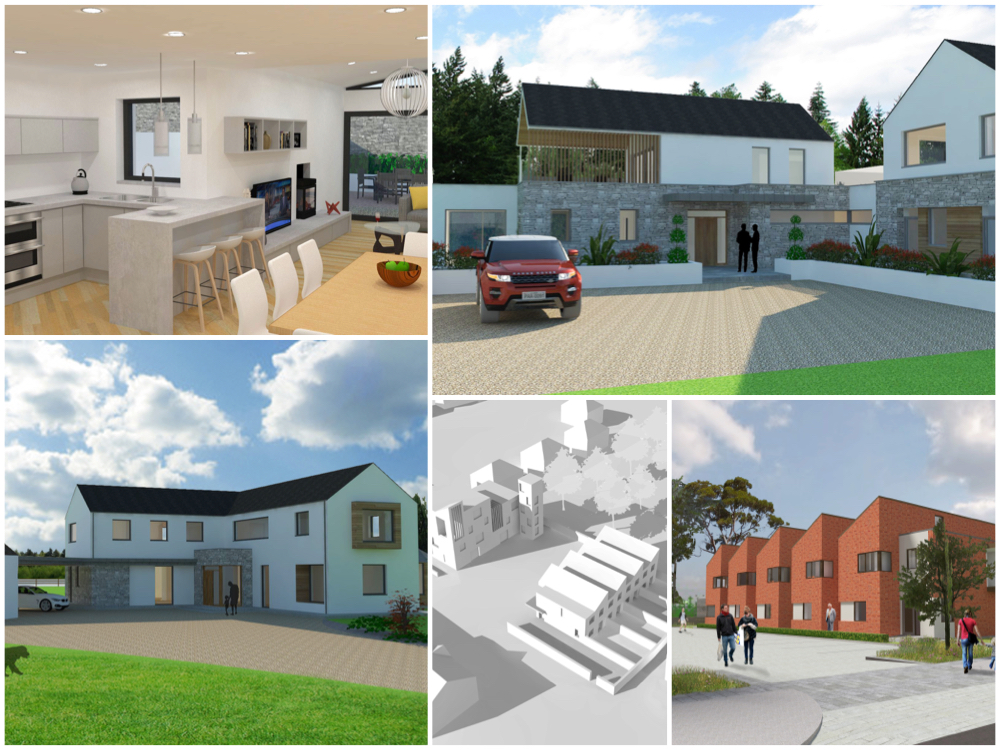